All of the following styles of Chinese Kung Fu are part of our weekly training schedule. However, some of them are offered in optional classes, but all of them can be trained full-time if you wish to. 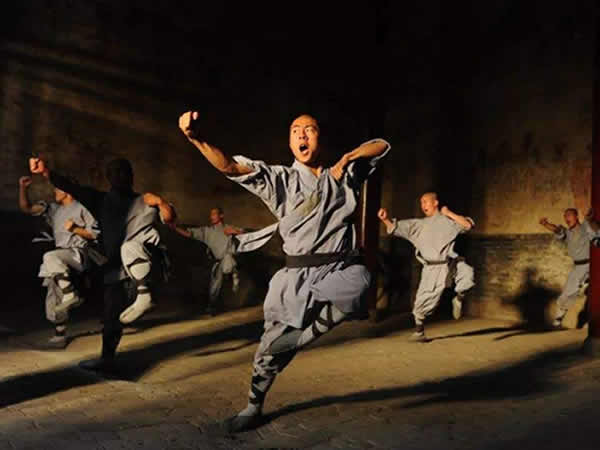 Tai Chi is the balancing interaction of yin and yang. Translated into English, tai chi roughly translates as: “supreme boxing,” “the root of all motion,” and “optimal fist fighting.” It is considered a martial art, but unlike the most combative styles, tai chi is based on fluidity and circular movements.

Under the Tai Chi System, Taijiquan is the form that we use to cultivate ourselves and learn to develop and understand feeling in our bodies and how to integrate that into movement. In Taijiquan practice we learn to conceal hardness within the softness of movement and learn to use our breathing through the dantian, and our intention and internal awareness to guide our movement.

Qi Gong is an ancient Chinese energy (Qi) practice. Qi means energy, Gong means work. It is based on the concept of Qi energy which flows through the body. Qi Gong is a practice that incorporates breathing techniques and specific movements and postures to help adjust balance in a practitioner’s body and mind, heighten feeling, internal awareness, and bodily communication, and to promote an overall more balanced and healthy existence.

As a result of aligning the consciousness and the body in more harmonious communication with eachother we find the body healthier, with a stronger immunity to protect against invasive forces like sickness and disease. As well as specific practices for attaining longevity and making the body and mind overall stronger, more robust, and proficient.

Sanda, ‘chinese kickboxing’ is also called Sanshou, which roughly translates as “actual combat”. In the past, Chinese called it “technique fighting” or “striking”. The simple concept of Sanda is two people fighting against each other without weapons. As an essential part of Chinese Wushu, Sanda is favored by its many supportersand through the years has spread and evolved into a chinese national sport of unique character.

Xing Yi Quan (or Boxing) is known as one of the excellent Chinese traditional internal styles, Xing Yi is a unity between the external forms and internal energy. It focuses on Mind dominating Qi, the physical movements and mind join together and Qi cooperating with strength. Through incorporating the physical forms, the concentration of mind with the combination of the internal and external practice, Xing Yi is a very effective combat technique. Xing Yi can also improve the learner’s health, cultivate the soul and prolong one’s life.

Xing Yi Quan uses the Yin and Yang and the five elements theory (Wuxing in Chinese) of Chinese traditional culture to describe the movement regulations. The technique and theory can be summed up by the 5 elements (metal, wood, water, fire and earth). In addition, these are 12 shapes of technique: Dragon, Tiger, Monkey, Horse, Crocodile, Bear, Sparrowhawk, Swallow, Eagle, Snake, Cat and Crane.

Ba Gua Zhang (Palm) or the eight-diagram palm is one of the most popular internal styles of martial arts in China. The style derives its name and history from the Chinese book of divination, the Yi Jing, or ‘The Book of Changes’. Other names for Ba Gua include Youshen Ba Gua (roving eight-diagram), Longxing Ba Gua (dragon-shaped eight-diagram), Xingyi Ba Gua (Xingyi eight-diagram boxing), Yinyang Bapan Zhang (positive negative eight-plate palm).

Meditation is a practice where an individual uses a technique – such as mindfulness, or focusing their mind on a particular object, thought or activity – to train attention and awareness, and achieve a mentally clear and emotionally calm and stable state. Meditation may be used with the aim of reducing stress, anxiety, depression, and pain, and increasing peace, perception, self-concept, and well-being.

Application
Before You Come
Travel Info
FAQS
Contact Us